Three Strikes and You’re Out? Or Third Time is Charm? - RV Business Coach

Three Strikes and You’re Out? Or Third Time is Charm?

My first two live videos this year were a mess. But that's no reason to give up. In fact, it's a great reason to talk about overcoming perfection.

So, three strikes and you're out?  Or third time is charm?

Which is it going to be?

If you've seen my first two videos this year, you know, this is my third live video of 2021. And the first two... Yeah, we might put in the "strike" category. Neither one was the quality that I really wanted it to be.

But after debating I decided to leave them up. And here's why:

It goes back to what I learned from the very first business coach I had when I first started my own business: Christine Kane. 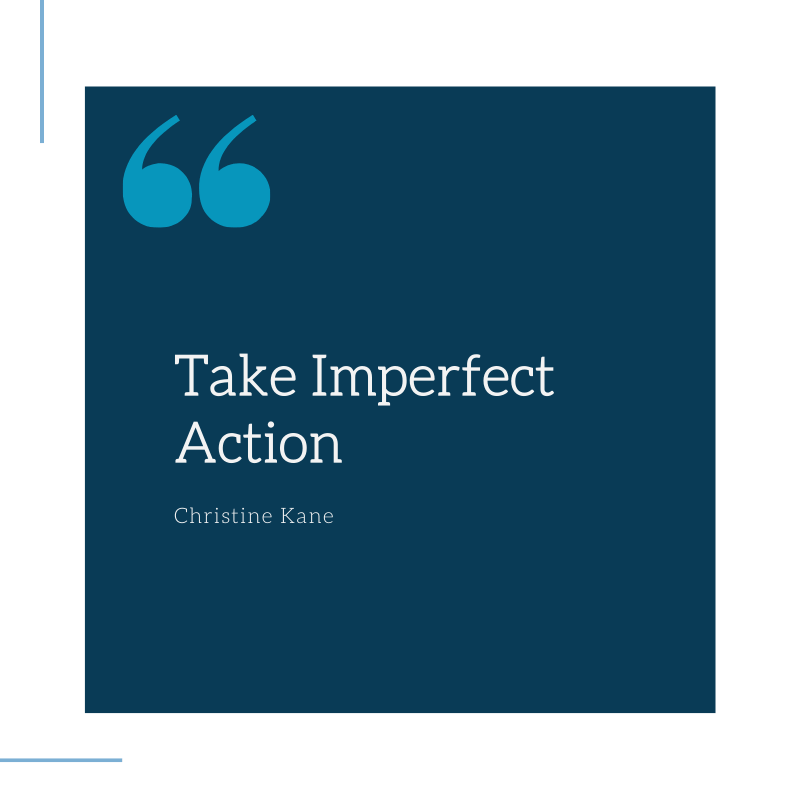 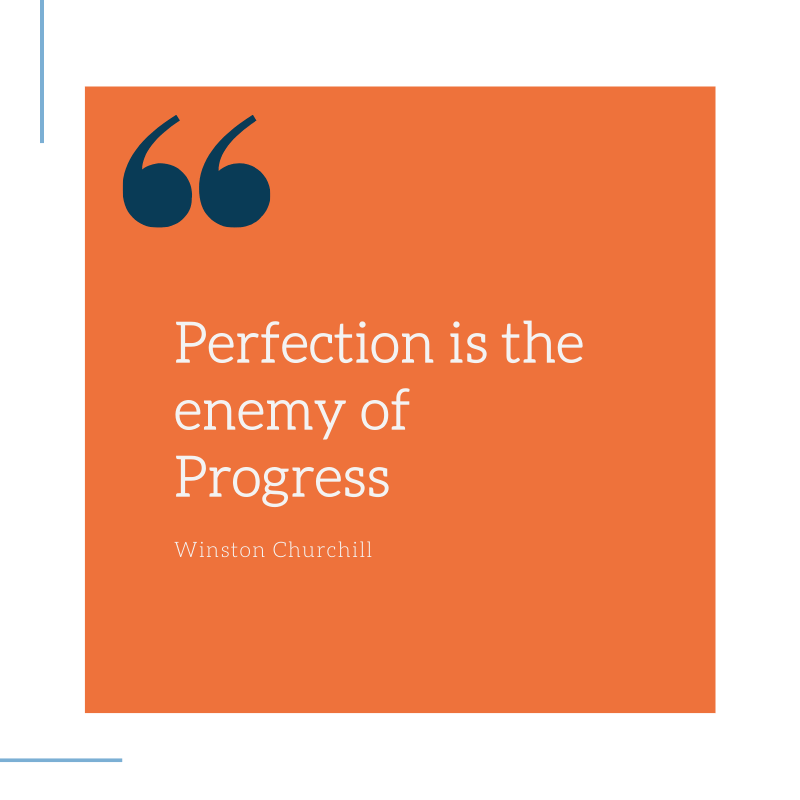 "Perfection is the enemy of progress"

Same kind of thing. If we're sitting here waiting until we get it perfect, we'll never, ever get it done.

Now when I was a software development manager, I would to tell my developers,

"A very good product on the street is better than a perfect product that's still on your desk."

Now, let's analyze that a little bit. A very good product on the street is better than the perfect product—I should say—"perfect" product—we need some air quotes there— that's still on your desk. 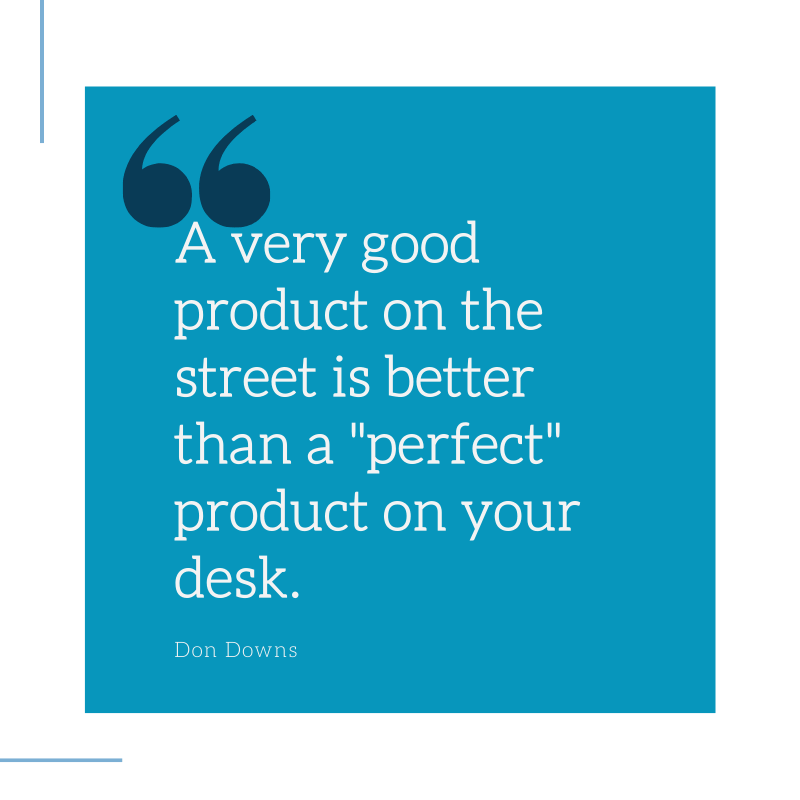 What do I mean by that? No, I am not saying put junk out there. I'm not saying just throw junk over the wall and sell it and get the revenue and whatever. The product needs to be good.

But if you wait until it's perfect, you'll never release it. Because it will never be perfect.

And if you're waiting until it's perfect and you don't release it, your customers will never get the benefit of the product. They'll never, ever get to use it.

So you've got to get it out there. Yes, when you put it out there, it's going to have some bugs. Unfortunately, that's a fact of life.

In my very first engineering job, one of the engineers on the team was very, very meticulous in the design stage. He would spend three times longer in the design stage than the rest of us. And I watched him closely because I thought, if he does that and then when he goes to build the first prototype, there's no bugs, that's well worth the investment, because obviously the sooner you catch a bug, the cheaper it is to fix it.

But invariably, his products had bugs as well. And total design time, we would usually at least tie and often beat him in getting the product out, because even though our first release had some bugs, they were still very early stage. We could still catch them, and still correct them.

And so that process of taking action got the product done.

Another saying I'm fond of:

You can sit at your desk and dream all day long. But until you take action, it doesn't become clear. 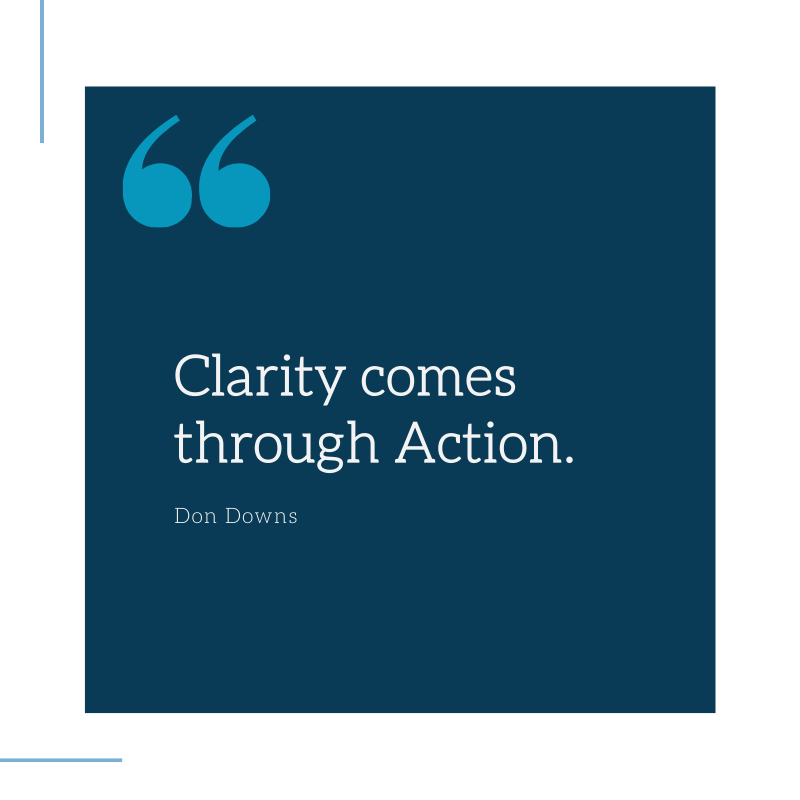 So if you're thinking, for example, “I want to go RV full time, how am I going to replace my income?” You can spend the entire year sitting at your desk thinking about what you're going to do.

And you'll never get it done because you can't cover all the contingencies.

So what you need to do is start taking action. Make a plan, and start down the road. And you're going to change it as you go. But that's OK.

If you've hung around me much, there's another saying you've heard me say a lot:

And that's what happens when we start getting into action. 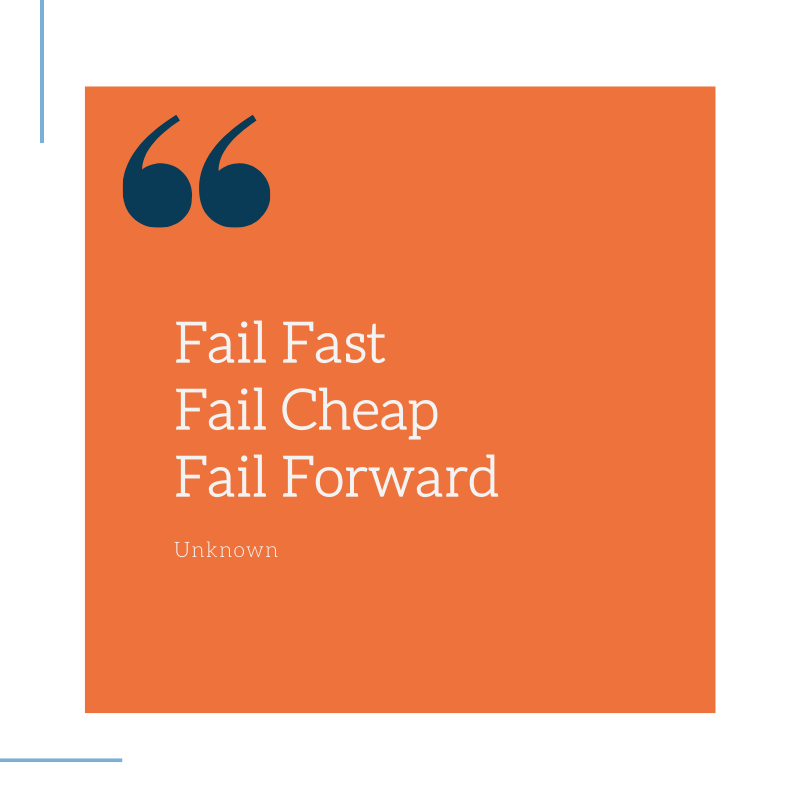 Yes, we're going to fail. But you know what? The sooner we fail, the cheaper it is to fix.

We want to fail before we put tons and tons of investment in this. Whether that's time, or energy, or money, we want to figure out quickly we're going down the wrong road. We need to make a change.

And that's OK. We're in action. And as we take that action, we get clarity. And so we start making changes.

We want to make sure as we fail, we learn from it and we go forward.

That's what I've done with these videos. First video? I had the wrong microphone selected! There was no audio, so I added that to my checklist. Second video? I left the background image up. It covered my face. And it was the wrong image! It was from a previous video. I thought the message was pretty good, but it had the wrong background up the whole way. I learned from that, and put it in my checklist.

Today, I went through the checklist. I rehearsed this thing a couple of times.

I'm doing something new here today with the way I'm sharing the screens. I'm still working through it. So imperfect action. But I'm learning, so the failures will be cheap and I will be failing forward. We'll get better as we go.

So where are you going to go with this?

How can you take what I just said and put it in action?

Well, as I've said in the last two videos, we really want to take action to make 2021 our best year yet. Unfortunately, just the fact that we ripped a page off the calendar and went from 2020 to 2021, doesn't look like that's going to be enough to make this an awesome year.

So let's get into action, let's figure out what we want to do, and let's take steps to do it. I’ve put together a free course to help do that, and it is available here:

As I said, it's going to be a free course and just walk through the process of setting some goals and then overcoming perfection and making sure we make progress towards those goals.

So if you're interested in making 2021 your best year yet, go on over to : https://RVBusinessCoach.com/2021, sign up for the course and let's work together and make this the best year yet.

All right. Hope to see you over there.